The history of the Manor of Hunningham – in the West Midlands region, Warwickshire, England – is of great interest because it has been documented continuously for a thousand years, scientifically, from the time of the Domesday Book to the present day.
The Domesday survey of 1086, on the ownership and state of all the land in Great Britain, was instituted by William the Conqueror in an attempt to discover the value of the country he had become king of and the potential sources of income for himself. The way it was done and the information it contains can tell us a lot about how land ownership was organized in the early 11th century and how it was influenced by the Norman conquest.
Before 1086, as far as can be discovered, possession of the land was based on a patronage system, in which the land was given as a gift to reward and encourage loyal followers in exchange for military and agricultural services. This system was common across Europe and the basic idea was supported by the Normans. What changed after the conquest was the fact that all the land was considered to belong to the king, who had the right to reassign large properties to the Norman lords. The Normans, in turn, ceded part of their lands to their servants in exchange for services and so on on a decreasing scale, creating a network of interdependent relationships and ties that was much closer than in the previous Anglo-Saxon period. 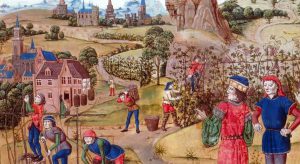 One of the main points of the Domesday survey was to find out the value of the land so that the king knew the value of the estates donated to his men. Such a vast project had to be highly organized and rely on local administrative units that had already developed in Britain. The image that emerges from Domesday is that of a firmly established possession system.
From the Domesday Book we learn that in 1086 the Manor of Hunningham belonged to William Fitz Corbucin, whose tenants were Osmund and Chetel.

1692 bought by Thomas and George Watson 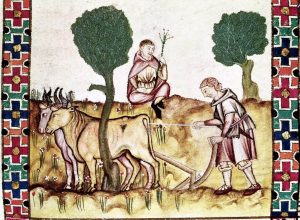 William Fitz Corbucin was one of the most important supporters of William the Conqueror in Warwickshire, he held several manors in the county, of which he was probably the sheriff.
After William Fitz Corbucin, Lord of the Manor of Hunningham was Robertin Corbucin, who was succeeded by Geoffrey Corbucin who was Lord of the Manor in 1161. Thus the lordship of the Manor remained in the possession of the Corbucin for about a century.
In 1284 the Lord of Hunningham was John de Hastings, 1st Baron Hastings, feudal Lord of Abergavenny. John de Hastings was an English peer and soldier. He was one of the Competitors for the Crown of Scotland in 1290-92 in the Great Cause. He was born in 1262 at Allesley, near Coventry in Warwickshire. 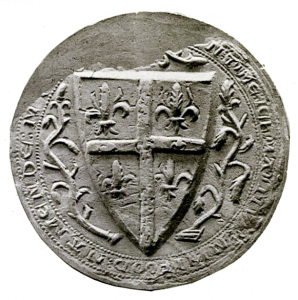 In 1273 he became the 13th Lord of Abergavenny on the death of his childless uncle Sir George de Cantilupe, and thereby acquired Abergavenny Castle and the vast lands of the honour of Abergavenny. He also inherited many Cantilupe estates including Aston Cantlow in Warwickshire, one of that family’s seats. He fought from the 1290s in the Scottish, Irish and French wars of King Edward I and held the offices of Seneschal of Gascony and Lieutenant of Aquitaine simultaneously. 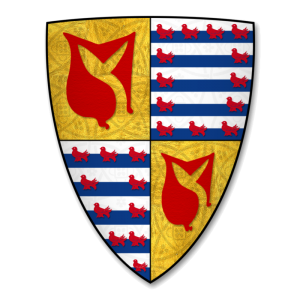 Coat of arms of Barons Hastings

In 1290 he had unsuccessfully contested the crown of the Kingdom of Scotland as grandson of Ada, third daughter of David of Scotland, Earl of Huntingdon, who was a grandson of King David I of Scotland. Also in 1290 he was summoned to the English Parliament as Lord Hastings, which created him a peer. In February 1300-1 he had licence to crenellate his manor and town of Fillongley in Warwickshire. He signed and sealed the Barons’ Letter of 1301 to Pope Boniface VIII, protesting against papal interference in Scottish affairs. 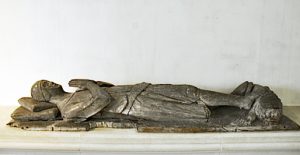 In 1325 John de Hastings was succeeded by his son John de Hastings, who became Lord of the Manor of Hunningham. He served in the First War of Scottish Independence under King Edward II and was also Governor of Kenilworth Castle.
In 1334 Lord of the Manor of Hunningham was William Trussell, son of Sir William Trussell, an English politician and leading rebel in Queen Isabella and Roger Mortimer, 1st Earl of March’s rebellion against Edward II. 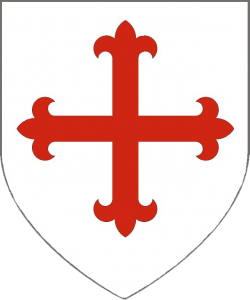 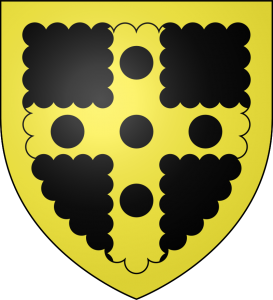 Sir John Grevill was an English nobleman of the Greville family. His father John Greville (died 1444) served as a Member of Parliament in seven English parliaments. Sir John died in 1480 and was succeeded by his son Thomas, who changed his name to Cokesey, and became Sir Thomas Cokesey.